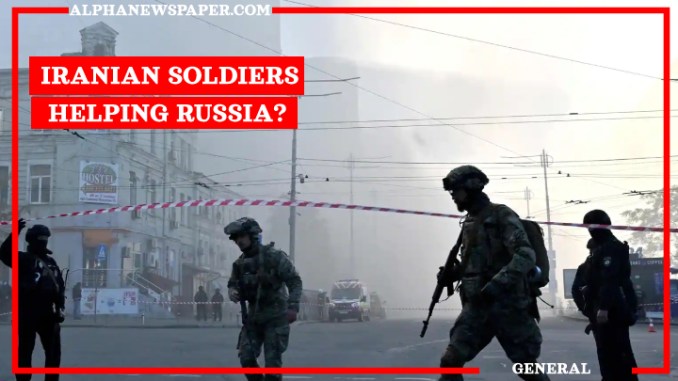 The US has claimed that Iran has sent military experts to Russian-controlled Crimea to assist in drone strikes against Ukraine.

It should be noted that Kyiv, the capital of Ukraine, was attacked on Monday by a kamikaze suicide drone, which is made by Iran.

The United Kingdom has announced sanctions against businesses and individuals responsible for the supply of drones.

“We believe that Iranian military personnel are in Crimea and are assisting Russia in these attacks,” White House National Security Spokesman John Kirby told reporters.

He said that “Iranian-made drones are being flown by Russian personnel, but a small number of Iranian personnel are providing technical support.” According to Jon Kirby, “Tehran is now not only supplying weapons that are affecting civilians in Ukraine, but their personnel are now directly there.”

“The United States will take all possible measures to expose and counter Iran’s supply of arms against the people of Ukraine.”

How Is Russia Using Kamikaze Drones?

Ukraine identified the drone involved in Monday’s attack as the Iranian-made Shahid 136.

They are called kamikaze because they are destroyed after being attacked. It should be noted that ‘kamikaze’ is a Japanese word that was used in World War II for those Japanese pilots who used their planes to commit suicide attacks.

It is still unclear how many such drones Russia has, but the United States says Iran plans to send hundreds of such drones to Russia. Iran has denied this claim.

In recent days, Russia has used missiles as well as drones to target critical installations in Ukraine, destroying a third of the country’s power stations.

The attacks have affected Ukraine’s electricity supply for the first time since the war.

On the other hand, Britain has announced the imposition of sanctions on three Iranian generals and an arms company. British Foreign Secretary James Cleverly has accused them of “financially benefiting from Russia’s horrific attacks”.

In addition to the Chief of Staff of Iran’s Armed Forces, Major General Mohammad Hossein Bagheri, Shahid Aviation Industry, which manufactures drones, has also been banned.